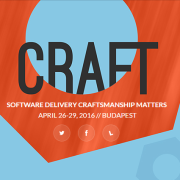 As in previous years, a delegation from TechTalk again made the pilgrimage to Hungary to attend the Craft Conference in Budapest. The conference was first initiated by Hungarian start-ups Ustream and Prezi in 2014, before bigger players such as Ericsson were on board. Several hundred developers attended the 2016 conference.

The aim of the conference is for attendees to reflect on daily work activities in agile environments, to question their own approaches, and increase and strengthen their understanding of software development.

Videos of many of the talks can be viewed on the official website. The following summary provides you with a quick breakdown of the most interesting talks from this year’s conference.

This year’s keynote speech was held by one of the best-known speakers in the world of software development, Dan North.

Dan North manages again and again to captivate his audience, this time while holding a talk on the various types of uncertainty that arise when planning and implementing projects. He offered a number of tips on how to deal with uncertainty, calm any associated fears, and develop successful software.

Staying ahead of the curve (Trisha Gee, JetBrains)

The importance of being on the cutting edge of technology is emphasised by Trisha Gee right at the start of her talk. But the fact that being on the cutting edge also brings its own risks is not immediately apparent to everyone. The JetBrains developer pointed out a number of possible complications and talked about which situations are best suited to new technologies.

What I wish I knew before scaling Uber to > 1000 Services (Matt Ranney, Uber)

A more technical presentation was held by Matt Rmney, developer at ridesharing company Uber. He talked about how the software behind Uber was split up into over 1000 different services, and the pros and cons of this approach. As much of what he talks about stems from personal experience, the talk contains a lot of valuable information that may be helpful within the context of your own projects.

You can immediately tell that Joseph Pelrine is not just a computer scientist, but also a pyschology expert. And you can also immediately tell that he is not 100 percent convinced by many of the methods and strategies currently used to make estimates in project settings. During his thrilling excursion into the worlds of psychology and social science, he offers a number of tips for optimising everyday tasks and the methods used to make estimates.

Daniel Bryant, chief scientist at OpenCredo also delved into psychological aspects of software development in his talk. He emphasised the important of understanding a user’s perspective in order to develop quality software that is also accepted and used. The presentation also dealt with how superiors can develop and maintain a better rapport with their employees. Empathy, says Daniel Bryant, needs to be trained like a muscle to ensure that the capacity to empathise is not lost over time.

Under the hood of the C# Compiler (Bart De Smet, Microsoft Redmond)

Developer Bart De Smet gave the audience a preview of some of the new features you can expect to see in the upcoming version 7 of programming language C#. He also demonstrated using the open source C# Roslyn compiler and debugging the compiler in Visual Studio. Which of the features on show will actually make it into the final release is still in the stars, but the audience left the talk visibly impressed and with high expectations.

The final presentation at this year’s Craft Conference was held by Tim Steiger, head of Digital & Innovation Strategy at GE Germany. This talk was less technical in nature, and was intended to motivate attendees to make sure they do not simply fall back into old habits after the returning to their offices after conference, but instead try and actively apply what they have learnt. A very humorous presentation that is not just for techies. 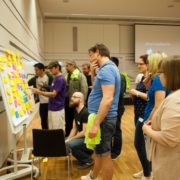 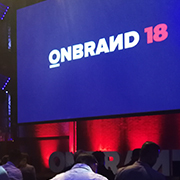 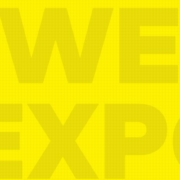 Webexpo in Prague: 4 key-take-aways and the extension of my booklist 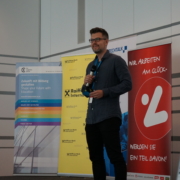 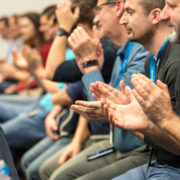 Interview with Hendrik Lösch about the Welcome App Concept and using SpecLog...